I received a Letter of Investigation from the Florida Department of Health (FDOH), what should I do?

​     If you have received Letter of Investigation from the FDOH it means that someone (an individual or an employer) has filed a complaint against you. The process is as follows:

​1. An individual or employer (such as a hospital) files a complaint with FDOH.

2. An investigator with the FDOH is assigned to the case.

​3. The investigator sends you a Letter of Investigation which specifies the complaint made against you.

​                (This is the point where you will want to hire an attorney, specifically one who primarily handles licensing issues.)

​4. I work with the client to get together all the documents I need to write the best Response to the Letter of Investigation.

​5. I write the Response, using my knowledge and experience of what the FDOH likes to see in the responses.

​6. I submit the response to the FDOH via mail, fax, and e-mail.

​7. I call the investigator about a week later to ascertain if they have read the response and what they have done or are planning to do.

​8. I will email the FDOH to see what attorney has been assigned to the case.

​10. Whether or not the case is sent to Emergency Suspension, I asked the assigned attorney if they have read my response and what their thoughts are. I will ask the attorney if there is any additional documentation that they might like to have to help facilitate them in their decision (such as additional drug tests, if relevant).​

​11. My goal is for the attorney to dismiss the case instead of sending it to what is called a Probable Cause Panel (PCP).

​12. If the attorney is determined to send it to a PCP, my goal is now for the attorney to recommend what is called a Letter of Concern/Guidance. A Letter of Concern is non-disciplinary event and would still be a big win, because we are able to avoid a formal Administrative Complaint (AC).

​13. If the PCP does file an AC, then the following steps will occur outlined in the next section, What to Do if I Receive an Administrative Complaint. 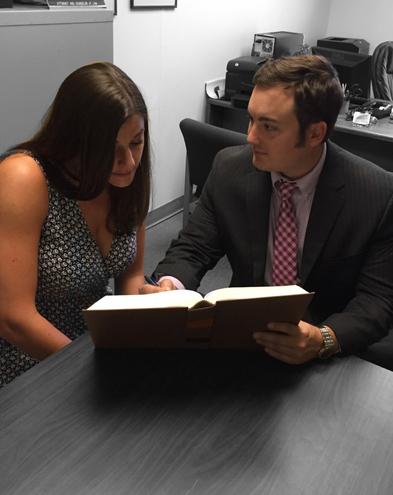 Should I participate in IPN (Intervention Project for Nurses)?

Sometimes IPN is unavoidable. If you think you will not be able to "win" your case at either a Board of Nursing, then often your only opportunity is to reach a settlement agreement with the Florida Department of Health. IPN considers themselves a nurse advocacy group, however; when I have spoken to my clients about their experience with IPN, the vast majority strongly feel that IPN is not on their side. So why the disparity? Well, first in most cases IPN is going to want you to get evaluated by an " IPN approved" evaluator. Many of my clients expressed concerned that the evaluator was really working for IPN, not the patient, whom they are supposed to. My clients were getting lengthy IPN contracts to have to fulfil, despite one-time use. Many told me they sensed the evaluator felt pressured to recommend an IPN contract to make IPN happy and thus stay on their list and get referred cases.

When i was at the large health care law firm, we had one physician that seemed to be fair, in the sense that he seemed to really evaluate whether it an IPN monitoring contract was needed. That did not last long, as he finally stated to us that IPN contacted him and told him he needs to refer more patients to IPN. Unfortunately, the last client we sent to him (which we personally did not think needed a IPN contract) was the victim of this stunt by IPN, and was required to undergo a lengthy IPN contract if she wanted to keep her license. In summary, IPN can be beneficial for some people, however; do YOUR OWN research before committing to an evaluation or contract. Read blogs about other nurses experiences.

I received an Administrative Complaint against me, what should I do?

​      If you received an Administrative Complaint, that means the Florida Department of Health (FDOH) has formally brought charges against you, and your license to practice is in jeopardy. Here is what to expect:

​1. Hopefully you already have an attorney at this point. It would be wise to hire the attorney once the initial Letter of Investigation was sent to you, but it is not too late to hire one. Make it a priority to hire a lawyer who primarily handles licensing issues as they will be very familiar with the process and what to expect, as well as familiar with the employees of the FDOH.

​3. If you do not dispute the facts of the case, then your case will be brought to an informal hearing with the FDOH and the Florida Board of Nursing.

​4. If you do dispute the facts of the case, then your case is brought to a formal hearing (Division of Administrative Hearings). Administrative law judges hear the cases at DOAH.

​5. Before bringing your case to any hearing, I work hard to negotiate a fair settlement with the FDOH. This could include merely registering for additional Continuing Education classes, if I can show the FDOH attorney that complaint revolves around an honest mistake as opposed to an intentional act such as diversion.

​6. If you do not like the settlement the FDOH has offered, then we would proceed to whatever hearing (formal or informal) that you have chosen. I take pride in doing a good job in both listening to the desires of the client (if the best path is not clear), as well as guiding the client (if I feel strongly that it is in there best interest to pick one option over the other.) Ultimately, it is your choice and any attorney needs to respect your decision, because you are the one who is going to live with the consequences.

​7. Obviously there are pros and cons to both options. With my clients, I compare the settlement agreement process in administrative law to what my clients are more familiar with, criminal law. We have all seen on T.V. someone who is charged with a crime and is offered a plea bargain. Here would be a scenario. A man is accused of armed robbery a liquor store. He is facing 10 years if convicted. The defendant's attorney might say that there is no forensic evidence at the scene of the crime that links the defendant to the liquor store, and also the defendant has two alibi witnesses that will testify that during the time of the robbery, the defendant was 40 miles away having dinner. The state prosecutor might say that although there is no tangible evidence, there was an eyewitness that has identified the robber as the defendant. In addition, they might say the alibi witnesses are friends, and therefore less credible. The state knows they could possibly lose the case, and in the interest of the amount of time and resources it takes to try a case, might offer a prison sentence of two years.

​Under this scenario a plea bargain might be accepted by the defendant who knows that he could face 10 years in prison if he "rolls the dice" and goes to trial.

​Likewise, in licensing cases, you never know how the FDOH or Administrative law judge are going to rule. It is wise to have an attorney that is experienced in working with the FDOH to negotiate the best settlement agreement possible for you to consider, but is also willing to zealously defend you if it be your desire to exercise your right to "have your day in court."